EAC is web-based management console in Exchange 2013 which is replaced EMC in Exchange 2010.  The MMC base console used to be slow when it loads and new business logic in Exchange 2013 forced to have new EAC in my opinion. Most of us,  most often appreciate new futures and try to adapt them as quick as possible. When certain things are done in certain way over years and people get used to it, it could be bit disappointment to some of you out there to see brad new management interface.

So my recommendation is, forget about GUI if you are going to stay in Exchange Server business (-: , learn and use PowerShell and who knows next version we might not even get EAC (-: , pure PS to manage next generation of Exchange Server.

Now this will give you EAC 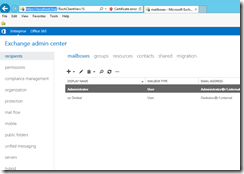 If you are in Co-existence with Exchange 2010 , same URL wont work for you , so need to use this one

Now if you miss old console and keep cursing things as you get used to EMC here is a nice trick might be able to lessen your pain (-: , yehh I hear you….

Create custom MMC , see the video , I have also added ADUC and ADSIEDIT into my console. I wish at the least MMC console was bit more flexible to do more with it.

Some of the compelling futures build into Exchange 2013……

This translate better performance obviously and cost saving, Faster the application is, better disk utilization and usage will be, allowing low end disk to be used and utilized by Exchange 2013.

In Exchange 2013 the Server Roles do have major reduction 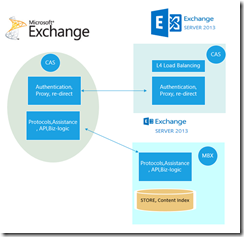 One of the biggest surprise in Exchange 2013 is the reduction on the server roles. I remember days when Exchange server had to do all in once ( Exchange 5.5) later version of Exchange Servers 2007 and 2010 had server roles separations , the major roles ( HTS, CAS and MBX) Hub transport, Client Access, and Mailbox , also ( UM and EDGE) Unified messaging and Edge Server roles and when the most latest and greatest version Exchange is almost on the way ( it is listed in MSDN for download today) out Exchange 2013 let's take a look at the server roles…

That is it, there will be no more roles, much simpler and efficient in a way and the future best practices as far as deploying roles may change , and all in one deployments might be recommended officially ( we will see (-: how that goes )

What happen to HTS , UM and EDGE roles ? The HTS ( Hub transport role) has been distributed in between CAS Server and MBX Server roles see below

UM role story is the same, so does EDGE, UM and EDGE roles are not there anymore (-:

I will get into more details in remains these two roles and their functions…..

If you have recently upgraded iOS6 and your IPhone devices are having issues have  a look, the issue mentioned in KB2768774 and remedy  is to “wait” (-: yes you have heard correctly , there has not been any fix for the issues described in the KB.

I will update the post as the workaround is available.

If you are planning or implementing  CAS Array and wondering what are the options for load balance your CAS servers here is quick reference to remember.

If you have not see Rose Smith video presentation do not miss it , How Outlook connects to Exchange 2010 Client Access Server

The main reason why HLB & SLB  are recommended , these solutions provides “ Application awareness” and also managing CAS servers behind these type of deployment is very easy and efficient.

MAPI Request comes to HLB , HLB has CAS servers published within , Administrator easily can stop MAPI request going specific CAS server etc. These deployments are also far more stable and easy to configure IMO. I think we will see more official statement soon and expecting to see ending support recommendations to HLB with CAS in the near future.

Part#2 Changing Server Environment Switching to GUI and uninstalling it. This example we have installed initially Server 2012 Core, we will install GUI on top of Core 2012. One we have complete the task we will go back and un-install GUI. The new futures of Windows 2012 is incredible PowerShell is fun and easy to use. I really love to see “simplicity” backed up with PS power behind Server 2012.

After reboot you will get GUI and its futures. 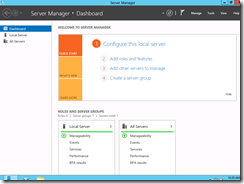 Now we will uninstall GUI 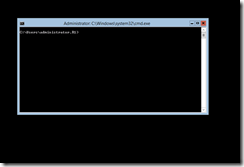 After installing S2012 Core when you change your password, first thing you will see is CMD.EXE Sometimes it is hand to have two separate windows.

Now tape host name to see the current computer generic name , Now let’s start renaming our Server in my case I choose the name as "S2012Core"

*Tips, in PS, a lot of typing is involved, use the tab completion feature saves “tons” of time and makes command line “fun” to learn.

After reboot log back in and type host name

*** Change the IP address to fit to your needs

Lets add  the server into Domain

***r1.internal is the Domain name I have, in the LAB , replace this to fit into your environment 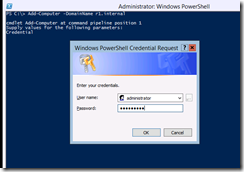 Installing Server 2012 is pretty fast and easy, what may people will be finding pretty impressive the new Metro interface.

Metro-styled Control Panel is the new era for windows, and it may strike you as it does not look like any other versions of windows you may have known.

Now here are few recommendations to get you going, get familiar with managing Windows from command line

PS is your friend , to be honest if you have not skill in command line and you are in this line of work you better get the basic down. Upcoming versions of windows and applications such as Exchange is more command line less GUI integrated.

I will show you some of the simple , basic stuff you can use to get started, 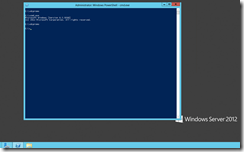 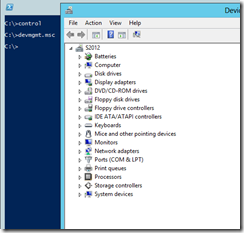 Use server manager to Add remove roles to your server, 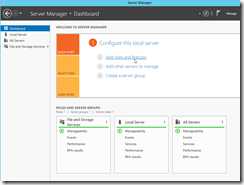 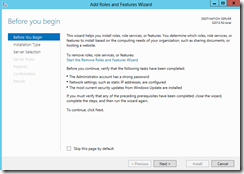 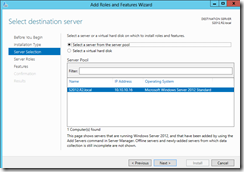 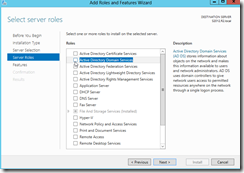 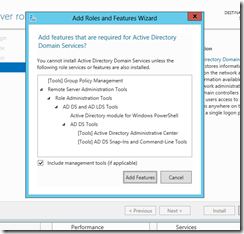 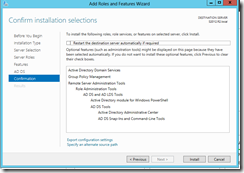 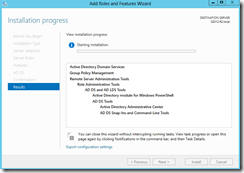 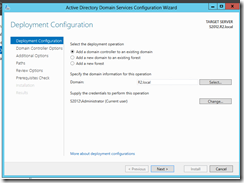 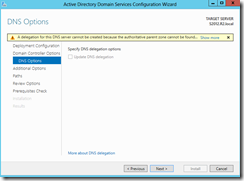 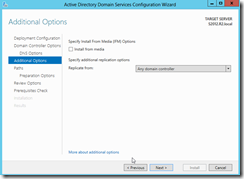 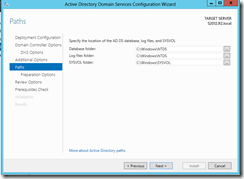 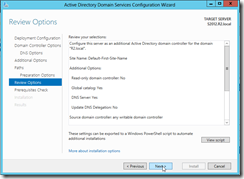 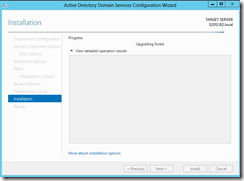 As you can quickly realize basic is still there , if you have promoted server to be domain controller in the past you should not have any hard time to hang up on new interface and to be honest , it looks pretty neat and useful competed to previous versions GUI presentation.

Exchange 2010 Clearing out all mail in the mail queues

Al of a sudden you have figured out there are thousands of messages are queued up on your Edge server and you have identified all these messages are spam etc. 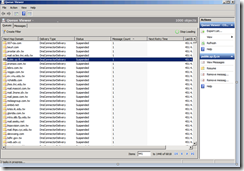 once this is done drill down to this directory

Select everything and delete them

Once you re-start the transport service , the required files will be put in there and all queues will be cleared out