Microsoft future vision was told us back then , most of critical Microsoft products would be running from “Cloud” in the future. Here we are almost 2015 and yes there has been many significant changes Microsoft has done to re-direct the business energy to cloud deployments. And more is on the way !!!!

It is very clear to me couple more years the current way of doing traditional IT business  will shrink and more and more “Cloud” deployments will be joining into our lives.

Information systems and  technology is subject to change and adopt fast innovations.  Most of these changes are inevitable and we will be adapting these changes.

Let’s take a look at some of the major changes and related news, which are rumbling around the internet 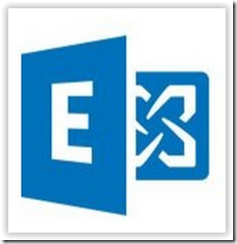 It’s true that customers are shifting their Exchange deployments from on-premises to the cloud, and it’s true that we are investing heavily in Office 365. We’re fans of Office 365 because we’ve seen that when customers run email in our cloud, they save money, they get larger mailboxes, and they get faster access to our latest innovations. IT admins spend less time maintaining servers and more time lighting up features that make users happy. Running Office 365 also brings us real-world experience that helps us build a better on-premises product