How to Customize Outlook for Company Users, adding different attributes.

If your company has requirement adding different attributes on user at  GAL, such as employee number, IPhone or blackberry filed into user properties in GAL, here is supper easy and safe way to get the work done.

Open MMC from Exchange server ( you need correct permissions to achieve the desired goal) see the link for permissions if you are interested in granular permissions. 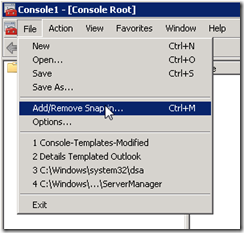 Now you will see these filed within the outlook 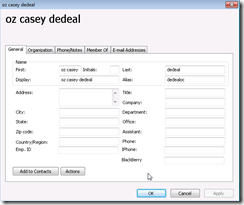 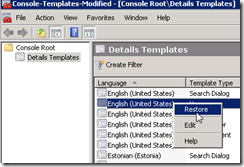 How to Customize the Details Template

When you have performance related issues and concerns that are the basic things to look for in exchange 2010?

What to look for?

Isolate if the issues is specific to one client or effecting more then one user.

Understand and investigate your CAS Servers , “CAS ARRAY”, remember when MAPI ( Outlook) client opens up MAPI request to connect to it’s own mailbox the, MAPI request will not directly go to Mail Box servers, it will go to your CAS server and CAS will talk to MBX server ( MAPI) behalf of requester.

Use your tool box and set of tools in there in E210. the most common one is Performance Troubleshooter. 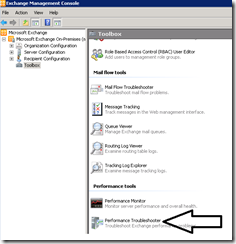 I want to talk about MSExchangeIS\RPC Averaged Latency and the changes in the counter recommended thresholds.

The value has changed as the business logic

The new model in E210 Client MAPI request shown as below. The MAPI client ( Outlook) who want to connect to it’s mailbox database has to fallow below logic.

What would be considered as bottleneck ?