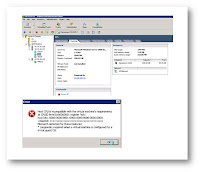 I am not going to write how much I am impressed with ESXI here at my blog. One thing I would say this is the great software (OS) me and many of my students have been waiting for to get more hands on ESX and Microsoft technologies.

You may think what is the connection VMware and Microsoft and I am about the explain to you. Virtualization technologies gone far beyond any other technologies and become one of the most skills set in the IT market USA as far as I can tell.

Knowing ESX and the technology behind is the way to corporate work and further any work place pays good $$$$. So the problem is that there was no easy way to learn the technology in the past unless you already work for an enterprise and have ESX servers, you would learn at that point, and this was the case for my learning experience.

So what has changed? VMware released new version call ESXI (Free) believe or not and almost concept same as ESX server. Installing is insane crazy, anyone who can boot from CD-room will be able to install in on any decent server. After getting your ESXI server up and running install windows 2003 and 2008 servers within the ESXI server. (You are limited to your HD space and amount of memory on the ESXI servers)

You don't need expensive server, you don't need RAID controller, and all you need is decent server with lots of RAM and HD space to create a great LAB for yourself.

Download the ESXI software from VMware website and install it on any server you have (most of the Dell servers are good to go). Microsoft has Hyper but being honest it is so easy to install ESXI and the proven UNIX reliability will be hard to defeat in my humble opinion. The foot print of ESXI is incredible.

If you have server laying around don't lose time go get started, you will understand what I mean when you get your hands on the ESXI.

The CPU of the host is incompatible with the CPU feature

This cannot get any easier than what it is by using EMS (management shell). I remember this being huge deal and people writing VB scripts over long lines to get this done. Here is one line CMDLET will allow the creation test user on the fly, so follow the easy steps below, you really don't need to know any coding expect the skill changing one section ( your exchange database location) and pressing enter from EMS.

After Database I have included my Storage group name and the database name so mine is, SG1-MB1 replaces this with yours.

If you don't know what it is type the following into shell window? 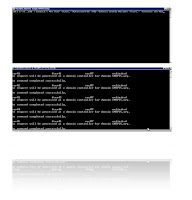 You want more tips, click the link below, and dont forget to pray for MSExchange team (-: , they realy have done great job to make things easy for us.

How to Remove Mailbox Permissions from Shell

We talked about granting user A full mailbox access on user B mailbox, and this can be done via GUI from EMC or EMS (management console and Shell). In below example we also are going to remove the permissions we assign to the user mailbox and we will see the current configuration as well

Posted by Oz Casey, Dedeal at Thursday, September 04, 2008 No comments:

If you go back to EMC, locate the Sales mailbox, you will verify the full mailbox access rights have been assigned to user CaneT

How to Grant Full Mailbox Permission on another Mailbox

Open EMC (Exchange Management console), go to Recipient configurations, click Fins on the right pane and type the user name B (HR) into the search window

Type the user name that you wish to grand access to (User A in our example), click on manage to finish

Posted by Oz Casey, Dedeal at Wednesday, September 03, 2008 No comments: