WHY 32 BIT Version of Exchange 2007 cannot be used for Production?

The 32 bit is design for testing and LAB environment and it is not supported for production environment. What happens if the 32-bit version expired do you have to give up from your LAB and re-build all over again? This is the question I was asked and providing some information below to make it clear for all of us. 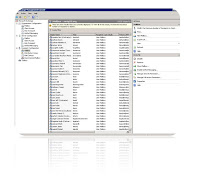 I am about to finish a project located in Washington DC for a government. This project involved taking active directory 2003 and exchange 2003 and bringing into AD 2008 and Exchange 2008. To be honest the team I belong to is "ROCK" smart dedicated , intelligent people, and I have to give most of the credits to the team, prod to be part of a good team

AD 2003 and AD 2008 doesn't have huge differences in my opinion, knowing basic 2003 is the key to understand AD 2008 and life simply gets better with 2008 servers, hands up I started to love windows 2008 server. I love the new idea behind most of the new Microsoft products secure out the box, even exchange won't work because "Anonymous authenticating is not enabled" by default. This is just an example many other things are not there so Microsoft is giving us secure product ,we will have to turn these futures on so we cannot blame Microsoft no more (-:, this is very smart approach in my opinion.

The windows 2008 Core server was a lot of fun to play with but, I have to admin you will need to find tool called "Core configuration" to make your life easy otherwise you will have hard time to configure core servers. I hope that Microsoft soon hae this tool available for us officialy as MS tool.

Steps I have taken going through the migration

Email ThisBlogThis!Share to TwitterShare to FacebookShare to Pinterest
Labels: Migration 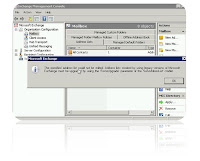 After migration exchange 2003 to exchange 2007, I run into some little fix issues as I solve them I am posting here for others to gain some guidelines and quick solutions. This particular issue is well documented below MS link.

"The specified address list could not be edited. Address list created using legacy versions of Microsoft Exchange must be upgraded by using the "forceUgrade" parameter of the "Set-AddressList" cmdlet"

Followed MS link, the very first thing I have done was to run following command

I start replacing the names I got from output following CMD lets
The specified address list could not be edited. Address list created using legacy versions of Microsoft Exchange must be upgraded by using the 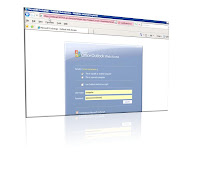 This one took me some time to complete with the help Biswas, Pushpendu , so I have to give him the credits. We just deployed Exchange 2007 and did not have time to stand up ISA (Politics) . Anyway without ISA we open up the CAS to the SSL from outside world( security people must be horrified now (-: ).

Client did not want to type https://smtp25.blogspot.com/ each time they need to use OWA in exchange 2007 and asked for HTTP to SSL redirection and /owa redirection, which makes total sense anyways

Short story they wanted to open a browser and just type http://smtp25.blogspot.com/ and get to OWA page. (SSL)

This is part one, part two I will show you step by step with how to do achive same goal

Email ThisBlogThis!Share to TwitterShare to FacebookShare to Pinterest
Labels: OWA

If you already start messing around with exchange 2007 and windows 2008 you will notice the windows 2008 is real fun to play with. The idea is simple not everything is installed by default and we administrators need to install whatever they need either from GUI or from command line

So what is the best way to learn these new commands and windows 2008? I would say practice and use command line instead GUI, this is just me (- :

Do you want more, have fun

How to Install Exchange 2007 SP1 Prerequisites

Email ThisBlogThis!Share to TwitterShare to FacebookShare to Pinterest
Labels: AD 2008 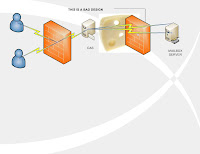 We tried to place CAS in DMZ like VLAN today and of course we failed to make it work, after several hours work. Everyone will talks about Swiss cheese, when it comes to placing Exchange into DMZ, which makes me fell hungry all the time, since I love cheese and any kind. And makes me laugh on the idea of picturing little million wholes on the DMZ firewall going back into the protected network.

So the bottom line is CAS or OWA severs will not be placed on DMZ or DMZ like VLAN, because of Swiss cheese, keep reading if you are not understanding what a Swiss Cheese in DMZ scenarios

How people in the world deploy CAS?

How to Make BULK CHANGES IN Active Directory .DIT DataBase?

Time to time ADDS administrators (Active Directory Domain Services administrator) will need to perform Bulk operations in ADDS .Dit database. This isn't the rocket scientist work actually as long as you got the right tools. So go ahead and download ADMODIFY and save it on your DC or administrator workstation first.

All you need to do follow the pictures below and don't forget to replace my domain name to your own. This is extremely hand tool and can save your life one day TRUST me, so be familiar by playing with it 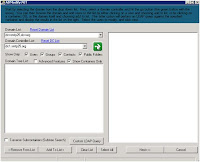 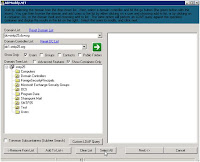 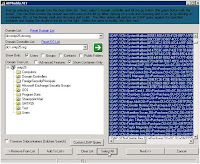 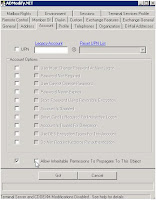 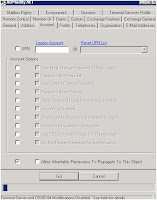 Select the entire domain or OU PS: In this example I have 50.000 users

Email ThisBlogThis!Share to TwitterShare to FacebookShare to Pinterest
Labels: AD 2008 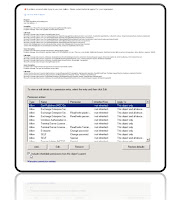 Exchange 2007 migration after moving mailboxes from exchange 2003 to exchange 2007 users can not log into OWA and receiving errors "problems occurred trying to use your mailboxes". The fix for this error is going to be easy.

Email ThisBlogThis!Share to TwitterShare to FacebookShare to Pinterest
Labels: OWA 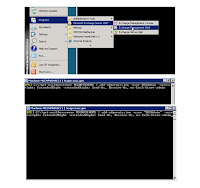 We will make the BESAdmin account member of Exchange ViewOnlyAdmin role and assign Send-as Receive- as rights. All you need to do is to replace your Exchange server name with yours and the BESAccount name.

Most people write love songs about other people, but the folks on Microsoft's Exchange Server team were enamored enough with its Auto discover capability to give it an Elton John-style musical treatment.

OK, so it's not exactly destined for the Billboard charts, but at least it's more melodic than the typical Microsoft white paper. And it's not nearly as cheesy as the Microsoft sales team's infamous Springsteen spoof.

David Sterling, the Exchange Web Services engineer behind the Autodiscover song, explains how it came to be in this blog post. 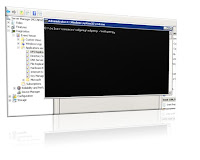 DCdiag /q is giving errors after installing fist DC into existing forest. Domain. The event id is also complaining about same problem. After doing a little research found out the problem is being caused not running
adprep /rod prep yet in the domain. So running this will get rid of from errors below. Insert your windows 2008 installation disk into CD-Room or ISO. Go to command line and copy and paste below command (make sure D is the cd-room, or change it to appropriate drive letter in your server

Adprep completed without errors. All partitions are updated. See the ADPrep.log in directory C:\Windows\debug\adprep\logs\20080809195019 for more information